The Malta iGaming Seminar (MiGS) organizing committee confirmed recently that Malta Gaming Authority which is responsible for the governance of all gaming activities in Malta, has confirmed its Lead Supporting role for the eighth year in a row.

“The continued support of our event from the MGA only provides us with the confidence that we are on the right track and that we are delivering quality content to the Gaming Community,” said Jeffrey Buttigieg, Director of MiGS. “Our event is unique in that it attracts decision makers from all over the world to understand, discuss and debate global iGaming topics.”

The organizers announced Michael Caselli, one of the world’s leading experts in online gambling, has confirmed once again his position as a conference chair. Another iGaming industry veteran AJ Thompson will also be a conference chair. Both online gaming veterans have supported MiGS since the event’s infancy.

Michael Caselli has been involved in the industry since 1996 after he completed his MBA thesis that analysed the viability of gaming on the Internet. Caselli has helped to successfully launch several online and print gaming publications since then and consulted on many iGaming projects. Caselli shares his expertise by participating as a chairman, host, moderator and organizer for several leading international interactive gaming conferences. Additionally, Caselli is the organizer of Fire & Ice, the online gaming industry’s largest social gathering, and Poker in the Park, the largest poker festival in Europe.

Thompson has a huge experience in designing, building and operating gaming systems throughout almost every licensed gaming jurisdiction over the past 18 years. Thompson has served as the CTO to several major online gaming operators and has worked across the world in Canada, Curacao, London, Malta, Philippines, Spain and Sweden amongst others.

“It will be a pleasure to work with both Michael and AJ in our next MIGS16 edition. Both of these two bring a world of expertise and an entertaining style to the table which ensures continuation and interactive discussion panels which is what MIGS delegates have become accustomed to over the years,” Sue Schneider, the MIGS16 main Conference Chair, said. 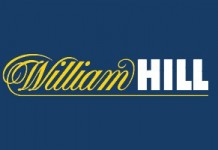 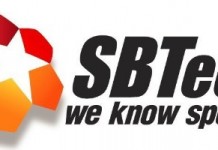 MGA declares no connection to Casino-Ra

25 August 2015
We use cookies to ensure that we give you the best experience on our website. If you continue to use this site we will assume that you are happy with it.ok